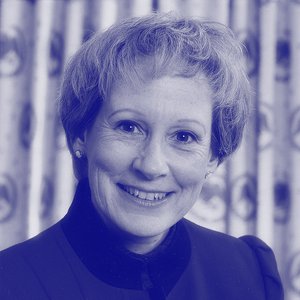 Nancy Kassebaum-Baker became a U.S. Senator in 1978, the first woman to represent Kansas and the 14th woman to serve in the Senate. The daughter of Alfred Landon, the Republican presidential candidate in 1936, Kassebaum swept both the 1978 Republican primary and the general election, and brought to the Senate a history of political activism and tireless energy.  During her nearly two decades in the Senate, Kassebaum sat on several committees, including the Budget Committee, the Foreign Relations Committee, and the Committee on Labor and Human Resources. Kassebaum supported welfare reform, changes in the federal student loan and financial assistance programs, and the National Endowment for the Arts; she also focused on health care issues. In the 1980s she worked toward ending apartheid in South Africa. She was reelected in 1984 and again in 1990, and retired from the Senate in 1997.