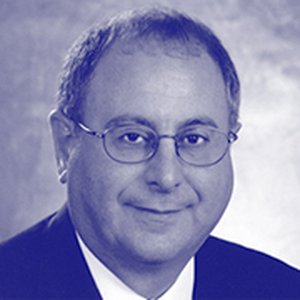 George R. Salem established the Law Offices of George R. Salem, PLLC in January 2005. In November 2005 he entered into a relationship as Strategic Advisor with DLA Piper, where he is focused on assisting in the development of DLA Piper’s Middle East and US Department of Labor practices.**

From 1990-2004, Mr. Salem was a partner at the law firm of Akin, Gump, Strauss, Hauer & Feld, LLP, where he headed that firm’s Middle East and USDOL practices.

From 1985 to 1989, Mr. Salem served as the Solicitor of Labor, the U.S. Department of Labor’s chief legal officer.

Mr. Salem played key roles in the Reagan-Bush ’84, Bush-Quayle ’88, and Bush-Cheney ’00 campaigns. In addition, he served as a member of the board of directors of the Overseas Private Investment Corporation and as chairman of the Tripartite Advisory Panel on International Labor Standards, the legal arm of the President’s Committee on the International Labor Organization.

Mr. Salem co-founded the Arab American Institute in 1985 and currently serves as its chairman, and has served as treasurer of United Palestinian Appeal, Inc. since 1982. He is a past president of the National Association of Arab Americans and has served on the board of directors of the American-Arab Anti-Discrimination Committee. In 2003 he was named to the U.S. Advisory Commission on Public Diplomacy’s Advisory Group on Public Diplomacy in the Arab and Muslim World, which was assembled at the request of Congress to study the State Department’s public diplomacy efforts in these regions. On behalf of the Bush Administration, Mr. Salem served as an official observer to the Palestinian elections held in February 2005, and also as President George W. Bush’s representative to the funeral of Palestinian Authority President Yasser Arafat.

In 1992 Mr. Salem received the Ellis Island Medal of Honor. The award is presented annually to Americans of diverse origins for their outstanding contributions to their own ethnic groups and to American society.