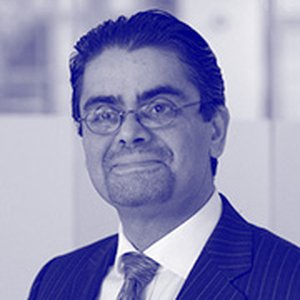 Amjad Bseisu holds a BSc Honours degree in Mechanical Engineering from Duke University, an Msc and D.ENG degrees in Aeronautical Engineering from Stanford University, and an Executive MBA from SMU in 1986 when working for ARCO. From 1984 to 1998, Amjad worked for the Atlantic Richfield Company (ARCO), ultimately as Head of International Marketing, Negotiations and Business Development, then becoming President of ARCO Petroleum Ventures and ARCO Crude Trading, Inc. Previously, Amjad was a founding non-executive director of Serica Energy plc and Stratic Energy Corporation.

In April 2010, Amjad formed EnQuest PLC and was appointed to the board. EnQuest became the largest UK independent producer with revenue of c $1b and cash flow of $600m per year, only four years after start-up. EnQuest is a member of the FTSE 250 listed companies. Amjad is also non-executive Chairman of Enviromena Power Systems, a private company and the leading developer of solar services in the Middle East and North Africa.

Amjad is a supporter of many charities and sits on a number of charity boards. The Amjad and Suha Bseisu Foundation has been focused on children’s education, sports, and women’s empowerment, principally in the Middle East region.