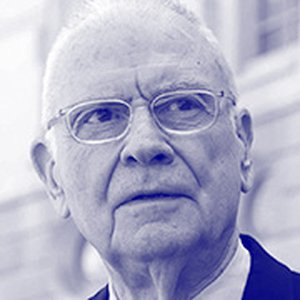 Lee H. Hamilton is one of the nation’s foremost experts on Congress and representative democracy.  Hamilton founded the Center on Congress at Indiana University in 1999 and served as its Director until 2015; after serving in the U.S. House of Representatives, where he represented Indiana from 1965-1999.  He also served as President and Director of the Woodrow Wilson Center in Washington, D.C., from 1999-2010.   He is a recipient of the Presidential Medal of Freedom (2015).

Hamilton currently serves as a Distinguished Scholar in the School of Global and International Studies and as a Professor of Practice in the School of Public and Environmental Affairs at Indiana University.

A leading figure on foreign policy, intelligence, and national security, Hamilton served as Vice Chairman of the 9/11 Commission and Co-Chairman of the bipartisan Iraq Study Group.  Until recently, he served as Co-Chair of the U.S. Department of Energy’s Blue Ribbon Commission on America’s Nuclear Future with General Brent Scowcroft and as a member of the President’s Intelligence Advisory Board.

Continuing to play a leading role in public affairs, he has been at the center of efforts to address some of our nation’s highest profile homeland security and foreign policy challenges.  He is currently a member of the President’s Homeland Security Advisory Council.