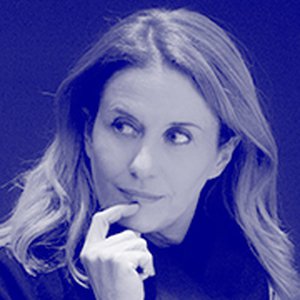 Monica Maggioni is an Italian journalist, and is currently President of RAI—the Italian national public television. She is also Vice-President of EBU, the European Broadcasting Union. Ms. Maggioni is a former war correspondent, editor and editor-in-chief for the main news outlets in RAI.

After qualifying for the first Master School of Radio and TV Journalism (SGRTV) in Perugia, and a brief experience at Euronews in Lyon, Ms. Maggioni began her career as a crisis envoyee in 1996, for TV7, the weekly magazine of TG1 RAI. From 2000-2002, she covered the most violent phases of the Intifada and Israeli-Palestinian conflict. In 2003, she was the only Italian journalist embedded with the American ground forces in Iraq during the second Gulf War. Since then, she has traveled extensively in Iraq and covered all major developments, reporting from Baghdad and Mosul among other cities.

In 2008, she relocated to the U.S. to cover the presidential campaign that led to the election of Barack Obama.

She has served as both Editor for the Foreign News Team and Special Features Section, as well as Anchor for several programs at TG1.

Ms. Maggioni has produced two documentaries. Both were premiered at the Venice Film Festival: “Ward 54”—later awarded the Prix Mitrani in Biarritz, and “Out of Teheran.”

Ms. Maggioni is an active member of the Administrative Board of ISPI (institute for the Study of International Politics) in Milan, of the Italian Encyclopedia Institute Treccani, and of the European Council on Foreign Relations.