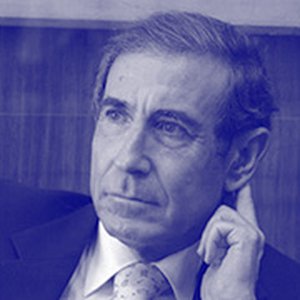 Professor Shlomo Ben-Ami is currently the Vice President of the Toledo International Center for Peace, of which he is a co-founder, as well as George Mac Govern Professor of International and Public affairs at Columbia University. He was appointed Israel’s Foreign Minister in 2000, and Minister of Public Security in 1999. He was a board member of International Crisis Group and an advisor to Colombia's government in peace deal with the guerrilla. He also was Israel’sfirst Ambassador to Spain and was a member of Israel’s delegation to the Madrid Peace Conference. He participated with Prime Minister Barak in the Camp David Summit and led the Israeli negotiating team in all the different phases of the negotiations with the Palestinians, including at Taba. In 1996, he was elected to the Knesset, where he served as a member of the Foreign Affairs and Defense Committee. Professor Ben-Ami taught in the history department of Tel Aviv University, was a visiting fellow at Oxford University, and the Woodrow Wilson International Center in Washington. He is the author of many books including Scars of War, Wounds of Peace. Throughout 2009, he served in the Advisory Board of The International Commission on Nuclear Non-Proliferation and Disarmament.